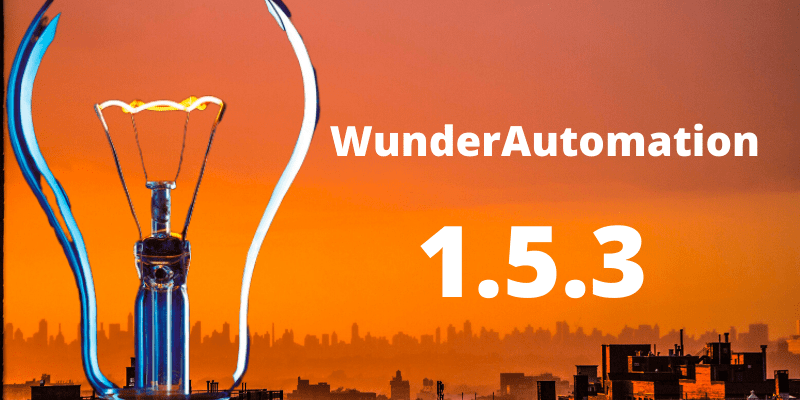 Today we’re releasing WunderAutomation 1.5.3 on the WordPress repo. We haven’t officially announced any patch release since 1.5.0, so this post describes what have been added and fixed since that release

A very common use case is to add filters and actions to make sure a certain workflow only runs once for each post, order or user. Now most triggers have a “Run once” checkbox that let’s you tell WunderAutomation to only run once for each object. The Run Once flag only checks the primary (first) object in each workflow.

We’ve improved the WooCommerce triggers so that they also provide a user object when they fire. Just as with Post triggers, the user provided is the WordPress used that “owns” or placed the order. If the order was placed by a guest, a dummy user object will be provided instead.

Most triggers in WunderAutomation that are initiated via a remote request to the WordPress site and it’s previously been possible to filter on referrer data, request initiator (web, API or something else). We’ve now added a filter that let’s you filter out the IP address of the remote request. The remote IP is also available as a parameter to be used in workflow actions.

The user object provided with most WunderAutomation (non user) triggers is the user associated with the main object (post ord order). In many cases, you rather want to work with the logged in user. So we’ve added filters and parameters that let’s you access “currentuser” which is exactly what it sounds like, the logged in user.

We’ve added Order count and order sum filters for WooCommerce orders. These let’s you filter out actions depending on the count of previous orders or the total sum of all previous orders for a customer.

There is also a new filter “IsGuest” to help you determine if an order was placed by a guest or a logged i user.